One of the most famous tourist destinations of India, Shimla located in Himachal Pradesh is a beautiful hill station. Also known as Simla, your travel to this place will be one event of your life that you shall never forget. This beautiful hill station derives its name from "Goddess Shyamla", who is supposed to be an avatar of Goddess Kali. This lovely hill station was 'discovered' by the British who immediately fell in love with this place. Infact, they went to the extent of declaring Shimla as their summer capital.The former summer capital of the British in India, and the present capital of Himachal Pradesh, Shimla has been blessed with all the natural bounties which one can think of. It has got a scenic location, it is surrounded by green hills with snow capped peaks. The spectacular cool hills accompanied by the structures made during the colonial era creates an aura which is very different from other hill.

The Shimla back to the 19th century when it was founded by the British in the year 1819 after the Gorkha war. During that period, it was most popular for the temple of Hindu Goddess Shyamala Devi. In 1822, the first British summer home was constructed by Scottish civil servant Charles Pratt Kennedy. Shimla became the summer capital of the British Raj during the latter half of the 19th century and the soldiers of the British army, merchants and civil servants dropped in here to get relief from the scorching heat of the plains. Presently, it is the state capital of Himachal Pradesh, with its population around 1.6 lacs (Shimla town only) having Altitude 2202.00 meters above sea level, Languages Pahari, Hindi and English, Best time to visit October to November & April to June and STD Code is 0177. Shimla has seen many important historical events such as the famous Shimla Pact between India & Pakistan which was signed here. The place is also famous for its natural beauty, architectural buildings, wooden crafts and apples.

A remarkable event took place in the history of Shimla when the Kalka-Shimla railway line was constructed in the year 1906 that significantly added to its quick accessibility and it gained immense popularity. Apart from this, Shimla was declared as capital of the undivided state of Punjab in the year 1871 and remained so until Chandigarh (the present-day capital of Punjab) was given the status of the region’s capital. Himachal Pradesh got separated from undivided Punjab in the year 1971 with Shimla becoming its capital. You will come across several British structures in Shimla such as the Viceregal lodge, Auckland House, Gorton Castle, Peterhoff house, and Gaiety Theatre that are the reminders of the colonial times. Some of the most prominent things to watch in Shimla are the Himachal State Museum & Library, Viceregal Lodge, Botanical Gardens, Indian Institute of Advanced Studies, The Ridge, The Mall, Summer Hill, Glenn and Taradevi Temple. Everything in this quaint town has a unique appeal and never fails to impress even the most demanding tourists.

One of the most famous tourist destinations of India, Shimla located in Himachal Pradesh is a beautiful hill station. Also known as Simla, your travel to this place will be one event of your life that you shall never forget. This beautiful hill station derives its name from "Goddess Shyamla", who is supposed to be an avatar of Goddess Kali. This lovely hill station was 'discovered' by the British who immediately fell in love with this place. Infact, they went to the extent of declaring Shimla as their summer capital.

One place that you cannot ignore is definitely the Mall Road in Shimla. Located at the heart of the town, the Mall Road in Simla is one of the busiest commercial areas of this place. Built by the British during the colonial rule in India, the Mall Road was constructed keeping in mind the traffic on this route.

At 2455m, this is the town's highest peak and a famous point for Shimla's famous views. The summit is crowned with a temple dedicated to Lord Hanuman. The hill is full of paths and narrow roads which are enjoyable walks.

Located in the heart of Shimla is the famous tourist attraction known as The Ridge. The Ridge is the hub of all cultural activities of Shimla. It is situated along the Mall Road, which is the famous shopping center of Shimla. Most major places of Shimla like Lakkar Bazaar, Mall, Scandal Point, Jakhoo hill, etc. are connected through the Ridge.

Situated at a distance of 2 kilometers from the heart of the city, Annandale is a lovely picnic spot that is a major tourist attraction. One can relax and unwind over here and spend as much time as they want to.

A thickly wooded forest, Glenn is a famous picnic spot that is located around 4 kilometers from the center of Shimla. The thick cover of the deodar trees makes this place a calm and tranquil locale. It used to be known as the playground of Shimla where racing, cricket and polo used to be the favorite pastime of the British.

Situated at a height of 2155 meters, the Prospect hill is a great place to visit and unwind in the natural surroundings. It is also famous for a hilltop temple dedicated to Kamna Devi.

The Shimla State Museum and Library is a famous tourist attraction that is located at a distance of around 2.5 kilometers from the center of Shimla. The museum is famous for is collection of ancient sculptures, paintings, coins and photographs. The museum has samples of the famous Pahari miniature art form, which ceased to exist when the Western art form took over. The museum should be visited by anyone who is coming to Shimla.

The Summer Hill is located at a height of 1283 meters above sea level. This charming spot is famous for its university of Himachal Pradesh that is located here. It is said that Mahatma Gandhi used to come to stay here during his visit to Shimla.

The Viceregal Lodge is located at the top of Observatory Hills and was constructed by the British. This brilliant building served as the residence of the Viceroy, Lord Dufferin. It was completed by the year 1888 and it is still well maintained. This Lodge has now been transformed into the famous Institute of Advanced Studies and the six storey building still stands in all its splendor. The lodge has famous gardens and perfectly manicured lawns. The place is a very famous tourist attraction and must be visited.

Breathtaking views, stunning locales and tranquil surroundings - this is what Kufri hill station is all about. Popularly known as Switzerland of the East, the spell binding beauty of Kufri hill station of Shimla will definitely enchant you.

Nestled between the beautiful lofty ranges of the Himalayas, lies the Naldehra hill station. The Naldehra hill resort near Shimla is no less than a picture perfect destination.

Shimla is well connected via all means of transport to rest of the country, the airport is at Jubbar-Hatti, 23 km away. Shimla is connected to Kalka by an enenchanting narrow gauge railway line where even a quaint rail car ply. By road, Chandigarh is 117 km, Manali is 280 km, Chail is 45 km and Delhi is at a distance of 370 km. From Delhi, Manali and Chandigarh, luxury coaches and taxis ply to Shimla. During tourist season HPTDC also operates regular deluxe buses from Delhi and Manali to Shimla. 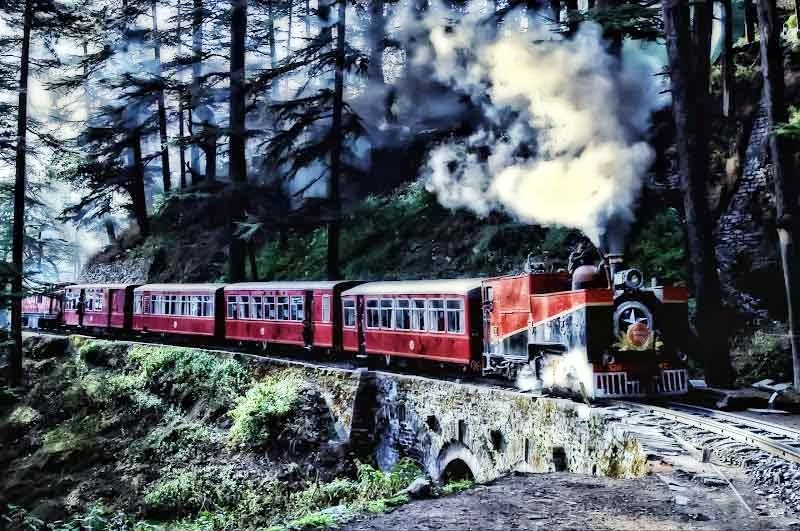 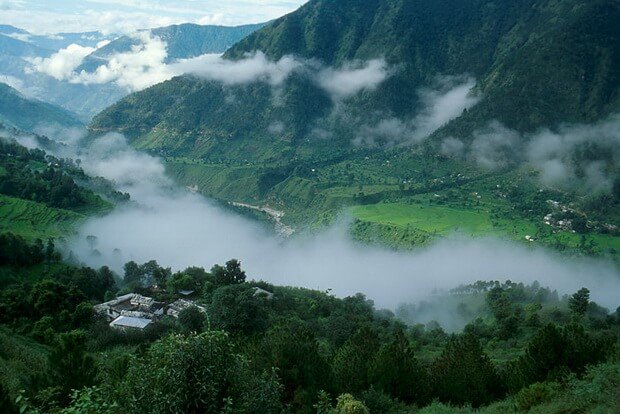 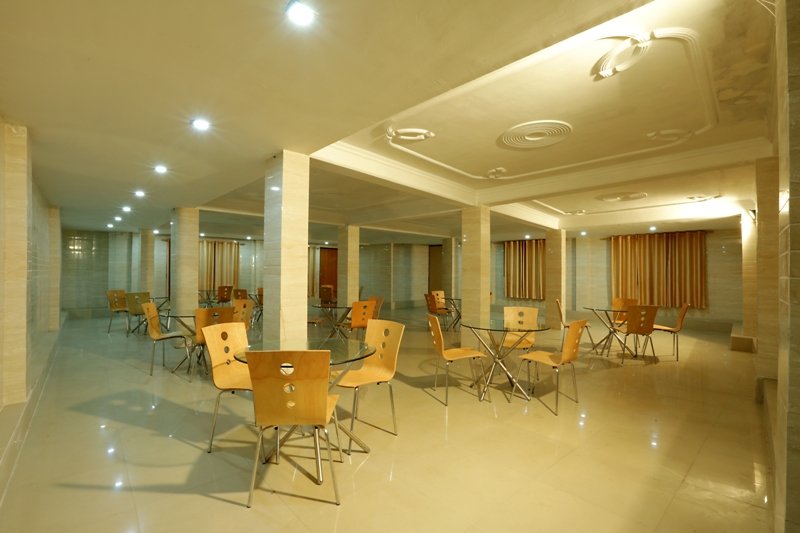 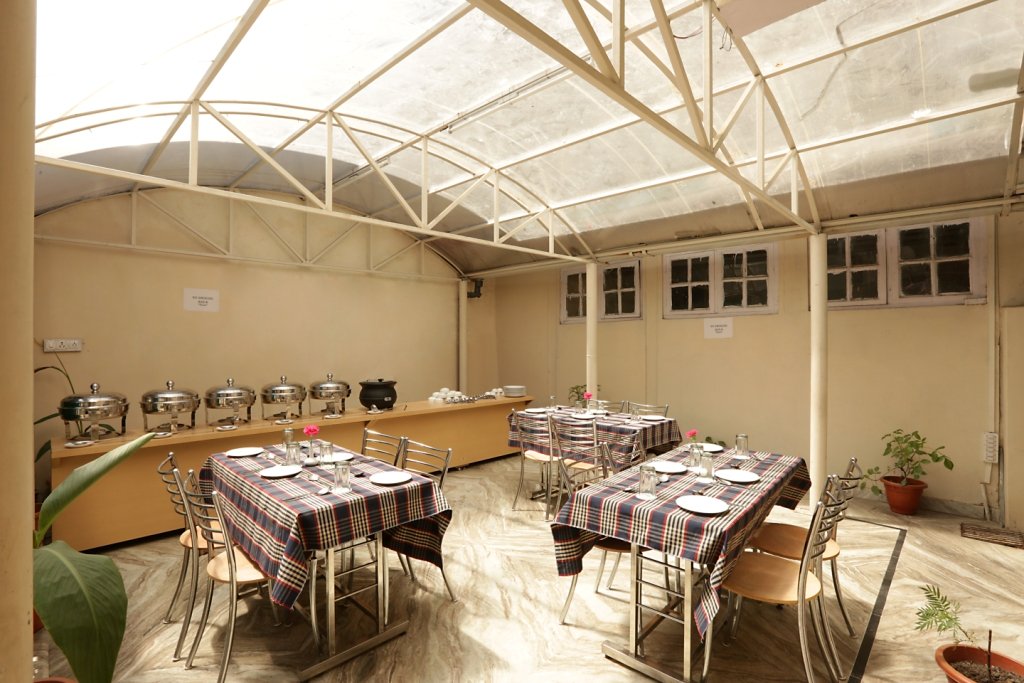