Manali which lies in the lap of the Kullu valley is one of the most visited tourist spot. It is located at an altitude of 2050 meters above sea level and is spread along the banks of the river Beas.
Manali derived its name from Manavalaya meaning the abode of Manu or "Home of Manu" and here, the temples are treated as pilgrimages. Its cool atmosphere provides a perfect haven for the ones afflicted by the hot Indian summers. Manali is also famous for adventure sports like skiing, hiking, mountaineering, para gliding, rafting, trekking, kayaking, and mountain biking. Manali is quite famous for its lush green forests of deodar and snow capped mountains.

In winters, the temperature can drop below freezing point when heavy woolens are required. Summer temperatures are mild and light woolens/cottons are recommended. In Manali, one can find high mountains shrouded by silent snows and deep boulder strewn gorges. There are thick forests, filled with cool breezes and bird song. Best Time to visit is throughout the year.

Hadimba Temple Manali: Manali has many attractions but the main centre of interest, historically and archeologically, is undoubtedly the Hadimba Temple . This temple dedicated to goddess Hadimba or Hadimba Devi with a finely wrought four - tiered pagoda roof, dating back to 1553, is built around a natural cave, which enshrines the footprints of the goddess Hadimba. Hadimba was the wife of Bhima, one of the five great Pandava brothers of the Mahabharata, and later became the patron goddess of the Kullu royal family. Hadimba or Dhungiri temple in Manali is one of the most important temples in the region. This four story wooden temple is located in the middle of a forest called the Dhungiri Van Vihar. From the name of the forest parkland this temple derives its name. This temple was erected in 1553 and is dedicated to Goddess Hadimba. The temple has some intricate wooden carvings which depicts mythological characters and motifs of animals & cosmic dancers. Every year in May a major festival is organized here. This place is a popular picnic spot among the tourists.

Beyond which is the Rohtang Pass, 51 kms from Manali. Located at a height of 3980 m, the Pass once served as a crucial trade route, and still remains the gateway to the districts of Lahaul and Spiti.The Pass is open from June to November each year, and provides wonderful views of the entire surroundings. Just beyond the Pass is the Sonapani Glacier and the twin peak of Gaypan. The Beas Kund, the source of the Beas river, a holy site for Hindus, as the sage Vyas is said to have meditated at this spot, is also accessible from the Rohtang Pass. Rani Nullah, below Rohtang Pass. Height 3700m. Rani Nullah is shortly before the Rohtang Pass into Lahaul, at about 55km from Manali. The take-off area itself is not great as there are sharp stones to snag your lines on, but even if there is no lift it offers great 'sled-ride' flying, especially for beginners. There is a vast landing field at the truckstop at Marhi about 400m below take-off, though be warned that at over 10,000ft a HUGE flare is needed on landing - you come in like an express train! If you have reasonable height above Marhi it is a 10km sled-ride down to other landing fields at Kothi at the foot of the pass.

A new Monastery built in the 1960's it is an important gathering place for buddhists from Lalaul, Spiti, kinnaur, Ladakh, Nepal and Tibet.The Gompa is famous for its wall paintings, Chortens and a large statue of Lord Buddha.

Vashist, a small village 3 kms from Manali located on the Left Bank of River Beas in Manali towards Rohtang pass is worth a visit, which is renowned for its Hot Water Springs and Temple. The village is also the site of some old temples, dedicated to the great sage Vashisht, and to Lord Rama. The Himachal Tourism sulphur baths are just beyond these shrines.
Natural Hot Sulphur Water Springs with two separate bathing tanks for Gents and Ladies, which are always full of tourists. Turkish Style Showers fitted baths have also been built nearby. Hot water from the nearby Spring is provided for bathing.

The one time capital of Kullu. Here are old temples dedicated to Lord Shiva and to Sandhya Gayatri. The Arjun caves are just ahead.

Solang Valley in Manali is located at a distance of 13 kms in a side valley at the top of the Kullu valley is a splendid valley between Solang village and Beas Kund. Solang valley offers the view of glaciers and snow capped mountains and peaks. Solang Valley has fine ski slopes. The Mountaineering Institute of Manali has installed a ski lift for training purpose. Located here is a hut and guest house of the Mountaineering and Allied sports Institute, Manali. Now a few hotels have also come up. The winter skiing festival is organised in Solang Valley. Sking and Paragliding are two main activities are organised here. Apart from this many other adventure sports are available like Zorbing, Horse riding & Snow Motor Bikes riding etc.

Kothi situated at the foothill of Rohtang pass and is just 12 kilometers from Manali at an altitude of 2500 m. It offers a magnificent view of snow capped mountains and glaciers, the Beas river flow through a very deep and narrow gorge at this point. Kothi used to be a camping site when Rohtang pass had to be climbed on foot.

This is dedicated to the sage Manu. Just near the Hadimba temple flows the Manalsu River, that culminates in the main Beas river. Across the Manalsu river is the original village of Manali, that houses the ancient temple of the sage Manu. Manali itself is named after Manu, who is said to have dwelt here.

Rohtang Pass is 51 kms from Manali. Located at a height of 3980 Mtrs, on highway to Keylong/Leh. The Pass offers a panorama and spectacular mountain view. once served as a crucial trade route, and still remains the gateway to the districts of Lahaul and Spiti.The Pass is open from mid April to November each year, and provides wonderful views of the entire surroundings. Just beyond the Pass is the Sonapani Glacier and the twin peak of Gaypan. The Beas Kund, the source of the Beas river, a holy site for Hindus, as the sage Vyas is said to have meditated at this spot, is also accessible from the Rohtang Pass.

Dashir Lake situated at a high altitude, is one of the most beautiful lakes that can be found in the Himachali region. Located near Rohtang pass (which connects Kulu district with Lahaul) this lake is a veritable treasure trove for nature lover. Crystal clear cobalt water makes you see right through the lake. The scenery at the backdrop is equally majestic.

At an altitude of 4235 metres in district Kullu, this lies east of the Rohtang Pass and is about 6 Kms. from the village of Gulaba. The shores of this clear water lake are devoid of human habitation-yet it is visited regularly by the people of the area and is held sacred to "rishi" Brighu. It also lies on several trek routes of the region.

How to reach Manali

By Air :The nearest airport is Bhuntar, 52 km south of Manali.

By Rail : The closest narrow-gauge railhead is at Jogindernagar, 135 km away.

By Road : It is connected by a motorable roads and regular bus services connect Kullu & Manali to most of the important places in Himachal Pradesh and the neighboring states. 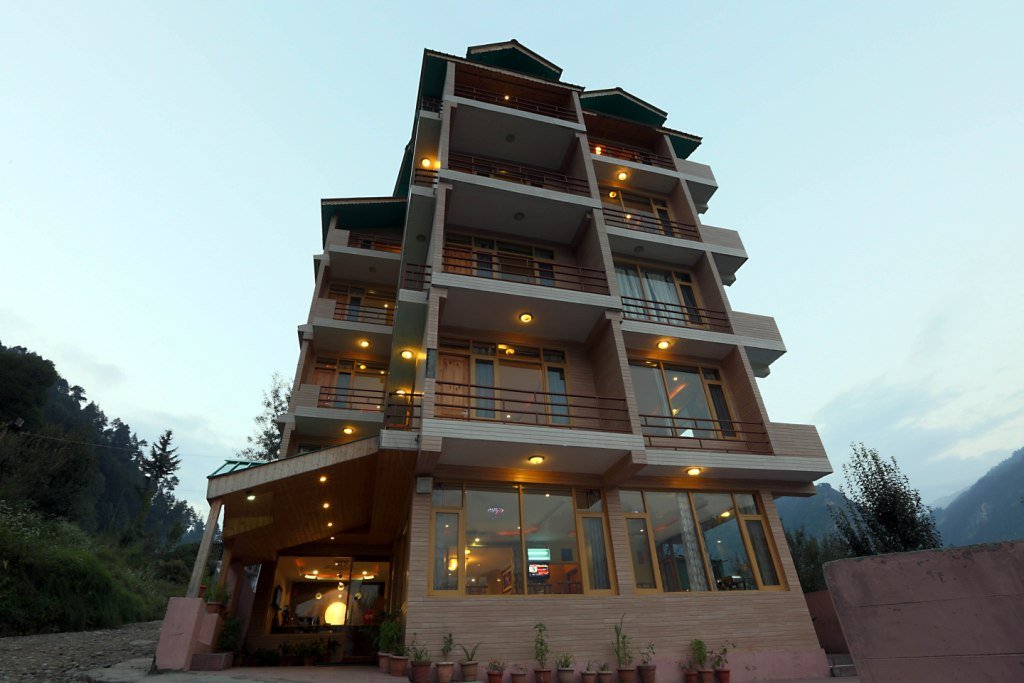 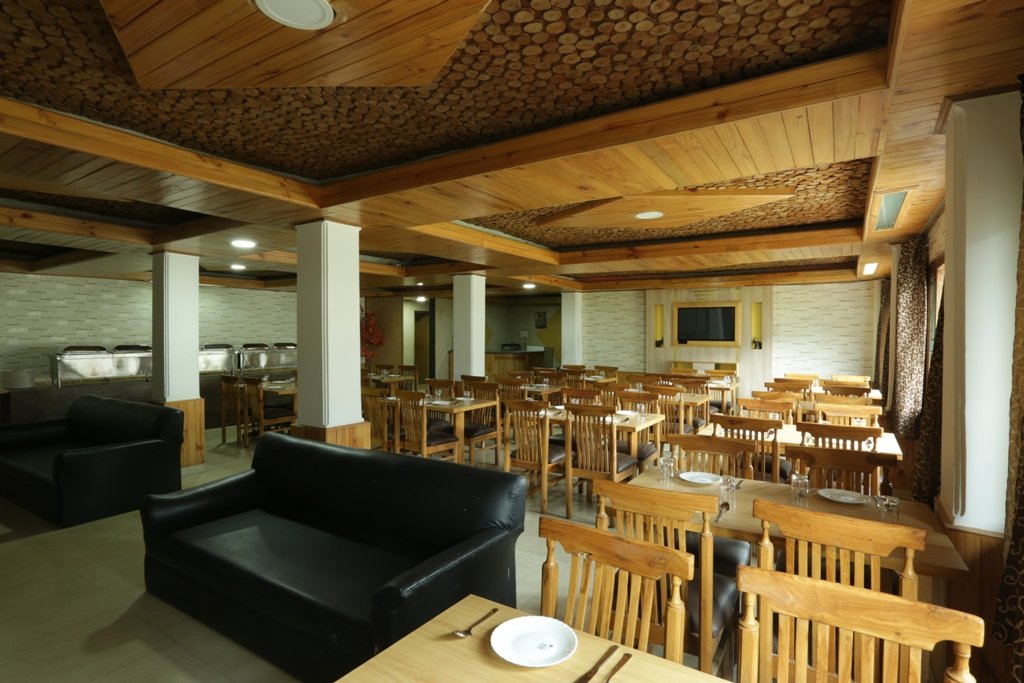