Bangalore, recently renamed as Bengaluru, is the state capital of Karnataka and one of the most attractive modern cities in India. It has grown into the fifth largest metropolis of India. The city is famous for its beautiful parks, avenues, impressive buildings, heritage centers and excellent shopping. These qualities make it a magnificent place to visit, a delightful destination in its own right as well as the gateway to Southern India. It is a famous Information Technology Hub of India as it has offices of many topmost IT giants of the world. These companies play an important role in boosting the economy of the state and India as well. It has a total area of 741.0 square kilometers. It is located at an elevation of 900 meters above sea level. The climate of the city remains pleasant and mild throughout the year.

Bangalore has become an amalgam of modernization and development with a hint of its glorious history. The city has forts and palaces from the 16th century that will give you a clear idea of efficient town planning and splendid architecture observed at the time of some of the earliest dynasties in India. This is demonstrated in the ornately carved Islamic style arches on the gate walls, in the  luxurious palace of Tipu Sultan, Lal Baug with its sprawling greenery and Bungle Rock which stood as a watch tower for the city.

This garden city has several beautifully laid green spaces that  help you take a break and relax in the lap of nature. One can also enjoy the marvels of universe at the Nehru Planetarium located in the city which is an ideal place for children.

The Ulsoor Lake, also known as Halasuru, is in central Bangalore, close to M. G. Road. It is said that God Somesvara came to Kempe Gowda in his dream and blessed him with hidden treasure. He then built a pagoda using Dravidian architectural style, dedicated to God Somesvara. The lake was formed for harvesting rainwater and has a surface area of 125 acres. City drainage also contributed as a source of water. The lake is an interesting location for tourists, as it has boating and cruise facility to visit beautiful islands that contain various kinds of flowers, birds and insects. The Sri Guru Singh Sabha Gurudwara on the edge of the Ulsoor Lake enhances the beauty and attraction for the visitors.

The Government Museum of Bangalore, an archaeological museum located on the Kasturba Gandhi Road, is considered one of the oldest museums in India. The building, originally designed by Colonel Sankey in 1876, was extended later. The museum has two exhibition floors, with eighteen galleries housing sections on sculpture, geology, natural history, art, numismatics, etc. The collections in museum are enriched by ancient coins, jewellery, sculpture, inscriptions, and artifacts including relics from Mohenjodaro, Halebid and Vijayanagar. Some prehistoric artifacts of Neolithic period found during excavation at Chandravalli adore the museum. The museum is governed by the Directorate of Archeology and Museum of Karnataka State. It is open for viewers from 10 a.m. to 5 p.m. except on Wednesdays.

The ISKCON an international society having 350 temples dedicated to Lord Krishna across the world. Among these, the temple in Bangaluru is the largest. It was inaugurated in 1977 by the President of India. Built atop a hillock, the temple offers the visitor an ethnic view of the surrounding. The architecture is a mix of neo-classical and Dravidian style, with four tall towers called gopurams. Its large prayer hall can accommodate 2,000 devotees. Roof paintings depicting the life of Krishna are unique and informative. The temple houses five incarnations of God Vishnu. Daily puja starts with mangala aarti at 4:15 a.m., followed by various other pujas and kirtans, ending with Shayana Utsava at night. The complex also houses ISKCON museum, Bhaktivedanta Book Trust, and the Dakshinakriti shop for handicrafts.

Bull Temple in Bangalore, also known as "Nandi temple"or Bhoganandiswara temple. The temple is a sculptural masterpiece. It is dedicated to Nandi, the bull, which is considered as Lord Shiva's Vahana or vehicle according to Hindu mythology. The temple is situated in Bungle hill on the south of Bull Temple Road. There is a large sculpture of Bull, which is about 4.6 metres tall and 6m long. One of the distinguishing characteristics of the structure is that it has been carved out from a single rock of granite.

Someshwara Temple in Bangalore is dedicated to Lord Shiva. It was built by Kempegowda at Ulsoor. It is one of the oldest and biggest temples of Bangalore, reminding us of the rich heritage of the Chola Kingdom. The marvelous architecture of the temple with glorious Rajagopuram (tower) and Dhwajastambha (massive pillar) in the entrance of the temple attracts devotees from far off places. Presently the temple is under the supervision of Endowment Department of the Karnataka Government.

In 1818 , St. Mary's Church was built by a French missionary, Abbe Dubois in the form of a chapel and called it 'Kaanike Mathe Devaalaya' (Our Lady of Presentation). Later it was rebuilt in 1882 to its present form. Both the interiors and the exteriors of the church are extremely ornamental. The intricate stained glass windows of the Church were imported from Paris. In the year 1973, St. Mary's Church was granted the the status of a basilica and many ceremonial privileges were granted to it. Every year on 8th of September, Virgin Mary's festival is celebrated with glory and grandeur. A procession is taken out on this eve, that attracts thousands of devotees and a chariot moves with the statue of St. Mary.

Literally translated as the "Red Garden" this is one of the star attractions of the city of Bangalore, the Lalbagh Botanical Gardens are spread over a sprawling 96 hectares and is rich in a variety of flora. This park was founded by Hyder Ali in the year 1760 who commissioned it as a private retreat for himself and wanted it be along the lines of the Mughal Gardens in Delhi. Tipu Sultan, Hyder Ali's son completed this garden and named it Lalbagh due to it's profusion of red roses. The Lalbagh Gardens is popular for it's collection of rare trees, the famous Lalbagh Rock that is believed to date back to 3000 million years and a glasshouse inspired by the Crystal Palace in London. Lalbagh Gardens host bi annual flower shows, one a week preceding 26th January for Republic Day and the other a week before 15th August for Independence Day.

Vidhana Soudha houses the state legislature of Karnataka, constructed in the Neo-Dravidian style of architecture this is one of Bangalore's most imposing buildings. The Vishana Soudha is known for the intricate woodwork on the insides of the building, including the Sandalwood door to the cabinet room and the speaker's chair that is made out of Rosewood from Mysore. Unfortunately the Vidhana Soudha is not open to the public, though it is beautifully floodlit on Sunday evenings.

Cubbon Park is situated in the middle of the Central Administrative Area of Bangalore and is also known as the "Lung Area" of the city. This park is maintained by the Department of Horticulture of the State of Karnataka and has many tourist attractions.

By Air. Bangalore is extremely well-connected by regular flights from Delhi, Mumbai and most other important cities in India and also has international carriers flowing in and out of the Bengaluru International Airport, which is located about 40 kilometres from the main city.

By Train Banglore is well connected to the most of the Important cites of India through rail network.

By Bus Banglore is having interstate Bus terminus and from there you can find direct buses to all the major cities of south india including Chennai and Hydrabad. 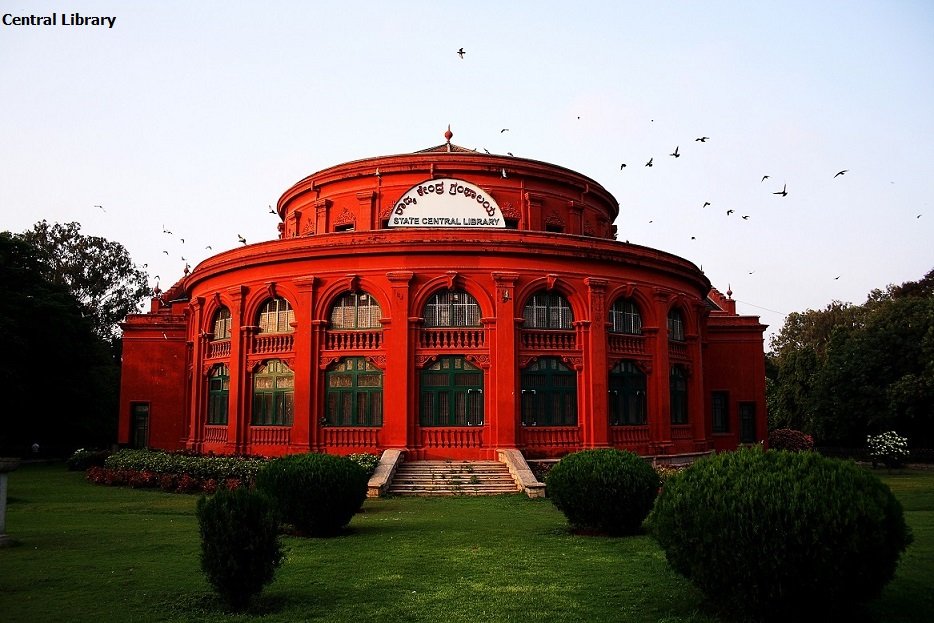 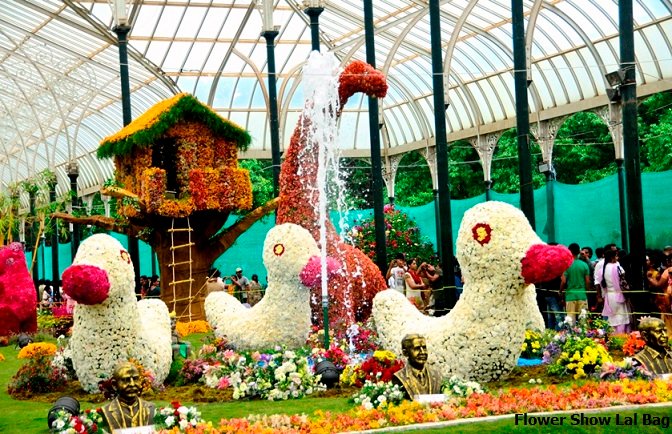 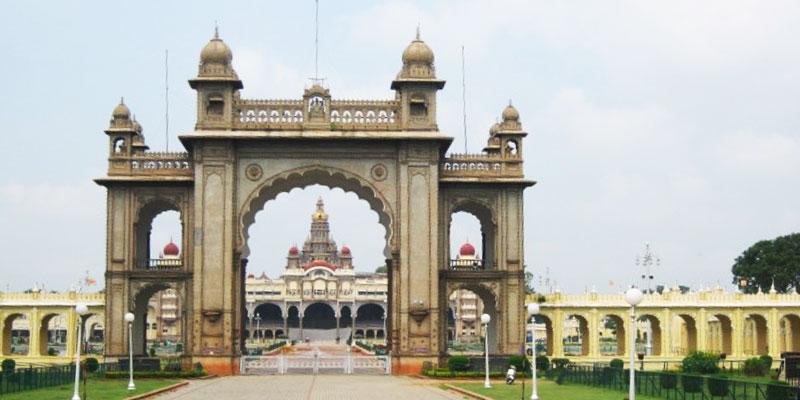 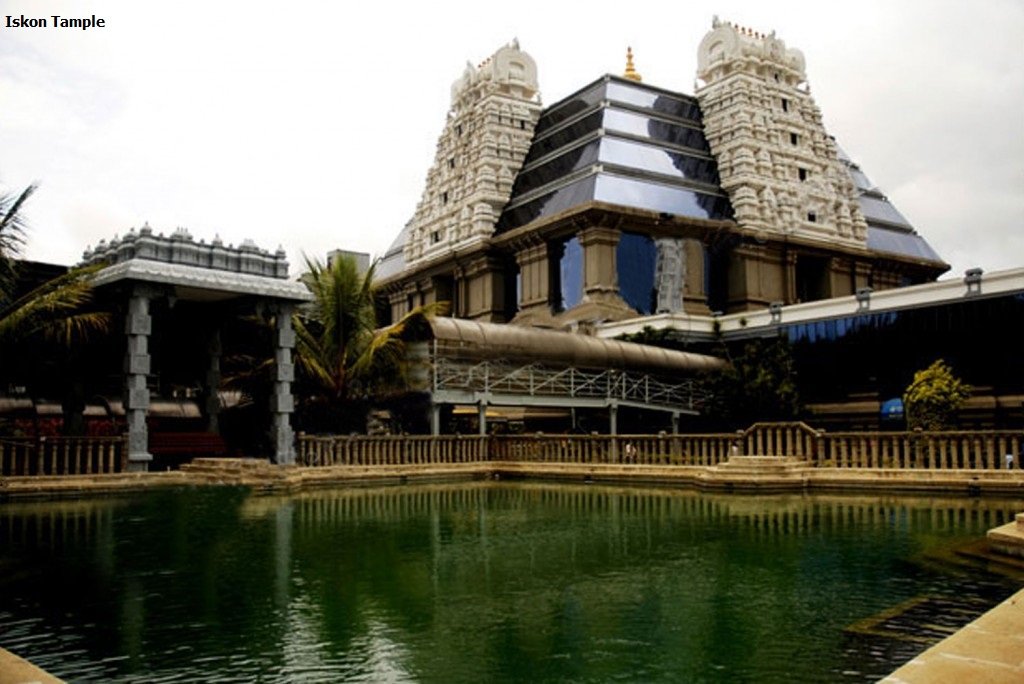 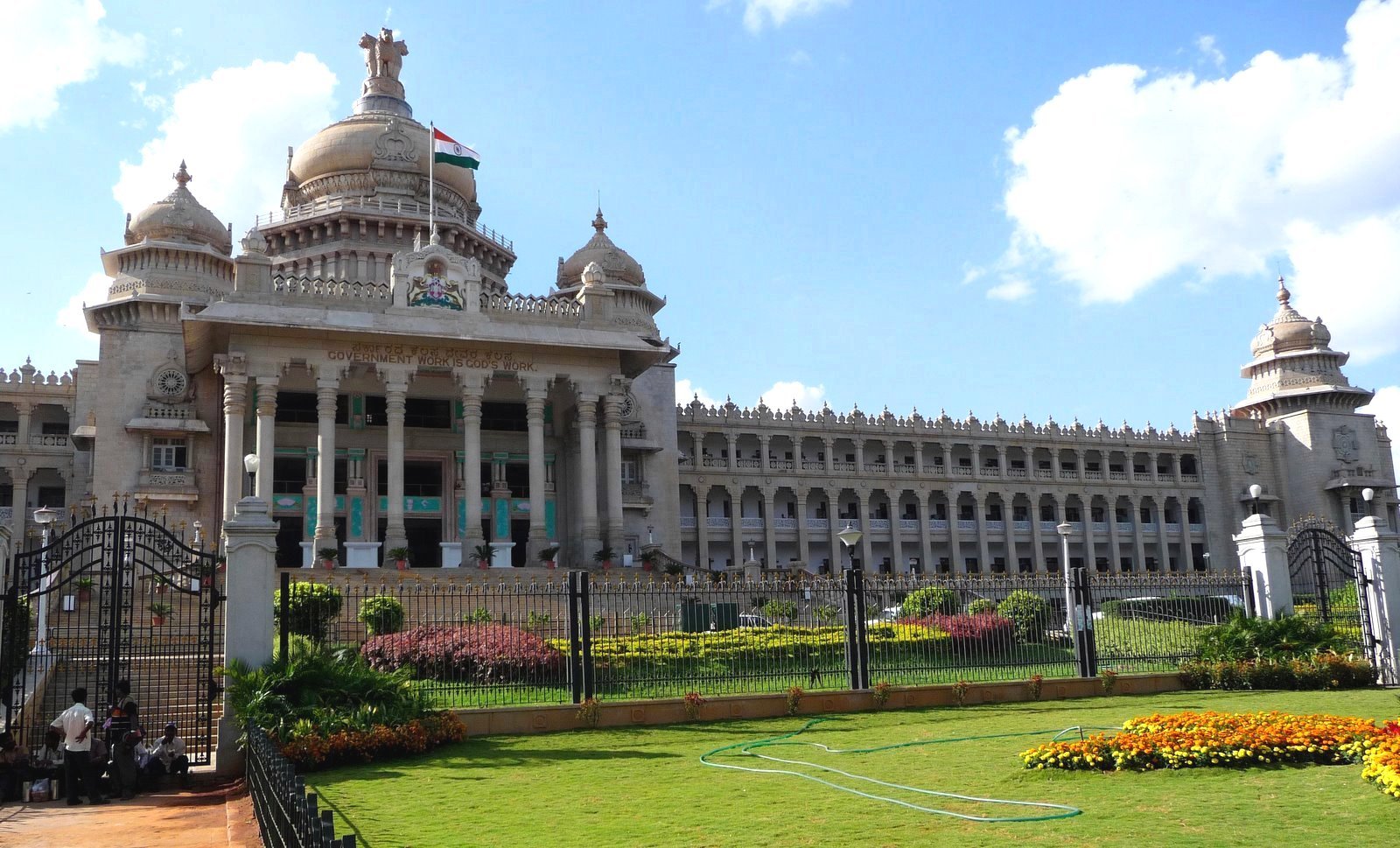 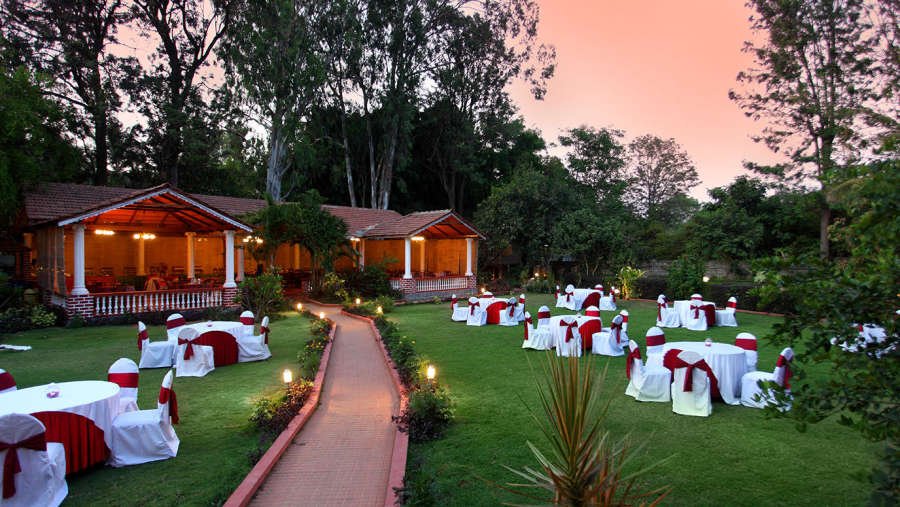