Gokarna, meaning Cow’s Ear, is a popular beach tourism destination in Karnataka. Gokarna is also a well known pilgrimage travel destination famous as a temple town with its main deity being Lord Mahabaleshwara, a form of Hindu god Shiva. Gokarna and Karwar (38 km from Gokarna), are slowly becoming strong competitors to Goa beaches due to their splendid natural beauty and growing tourism infrastructure.

Gokarna is slowly getting popular among travellers who are looking for white sandy beaches to relax among natural beauty. The city's beaches are very picturesque and scenic located amongst the Western Ghats. Travellers do fall in love with the city with its long stretch of beaches lined with palm trees, its clean white sandy beaches, and its traditional town look with shopping streets and tile-roofed brick houses. The town is also frequented by hippies with options of cheap tents and beach huts available here.

The magnificent shrine is considered next in sanctity to Kashi Vishwanath temple in Varanasi. It is perched beautifully on a hillock near the beach. The temple is famous for its Atmalinga, which was resued by Lord Ganapathi. A mythological legend suggests, that the demon king Ravana appeased Lord Shiva through penance and obtained a Shivalinga with special powers from the Lord. Ganapathi and other gods were worried by the growing power of Ravana and decided to take away the Shivalinga from Him. Ravana was on his way to Lanka and Ganapathi tricked him into putting the linga down on the ground the Gokarna for performing puja. Ravana was unable to lift the linga up again and hence the linga is known as mahabal, around which the Mahabaleshwar temple is built. Ravana was infuriated and tried to pull the linga out of the earth, but it broke into pieces and scattered in the nearby areas. These pieces are believed to be venerated at the temples of Dhareshwar, Gunavanthe and Murudeshwar

The lovely beach on the southern outskirts of Gokarna famous for its natural surroundings and beauty. It’s a white sand beach away from the hustle bustle unlike the famous beaches in Goa.

It resembles the auspicious Hindu symbol of ‘Om’ and is located further south of Kudle beach. The secluded beach is worth visiting for its beauty.

The pilgrim centre amidst idyllic surroundings is famous for the hill top temple of Lord Shiva. View of the sea from the hill is breath-taking. A charming and clean beach is located nearby.

The coastal town is an important railhead on the Konkan Railway. The newly built bridge on the river Sharavathi, dominates the landscape. Some important attractions nearby are – Apsara Konda Falls or the “pond of the Celestial Nymph”: it is set amidst scenic settings. There is also fine beach.

It is 15 kms. From Honnavar and is known for a Ganapathi temple. Yakshagana, a beautiful costumed dance drama is held here.

The twin peaks of Bhairaveshwara Shikara and Mohini Shikara, surrounded by thick forest are venerated by the locals. A small shrine of Lord Shiva has a Shivalinga which is continuously bathed by a perennial stream. The annual Mahashivarathri fair is held here in the month of March – April, attracting a large number of devotees.

This excellent beach resort and port town at the mouth of Kali river is the district headquarters of Uttara Kannada district. The town is also an angler’s paradise and is dotted with many picnic spots.

Jog Falls, one of the highest in India and the 7th deepest waterfall in Asia is in Shimoga district, Karnataka State in South India. Also known as 'jogada gundi' in Kannada, this enchanting wonder of nature is located 105 kms from Shimoga and 111 kms from Gokarna.

Located amidst a picturesque valley, the waterfall is formed from the river Sharavati, falling from a height of about 293 m, over a sandstone cliff. The water comes down in four cascades presenting a view of grandeur. Jog falls is also known as Gerusoppe falls and Gersoppa Falls.

Nestled in the Western ghats, Jog falls consists of four falls namely Roarer, Rocket, Raja & Rani in the order of occurrence from the left when facing the falls. Among the four, the highest is the Raja, (named after the ruler of the Sode Samsthan who wanted to make a shrine at the falls) with a fall of 250m. The lines for the foundation of the shrine is still visible on the stone just above the rock. Next to Raja is the Roarer, (named because of its loudness) and over a short distance to the South is the Rocket . In contrast, the Rani (named because it resembles the movement of a dancing lady) cascades smoothly over the rocks.

The historic site is 147 kms. From Karwar and 22 kms. From Sirsi. It was the capital of Kadamba’s, who established the first Kannada Empire in 345 A.D. The town is known for the Madhukeshwara Temple, which enshrines a honey (madhu) coloured linga. Other interesting sites are the relics of a Buddhist Stupa, the Veerbhadra temple and a number of idols and Jain icons.

The famous sanctuary lying 175 kms. From Karwar and 75 kms. From Hubli is a safe haven for barking deer, sloth bear, civet cat, panther, flying squirrel, Malabar squirrel, hornbills etc. the Kali wilderness camp and Bison River Resort are worth visiting. Boating on the waters of river in a coracle (round basket like boat) is a unique experience.

By Air: Dabolim airport in Goa is the nearest airport about 140 km away. The airport is well connected by flights to Indian and international cities. From the airport, taxi services are available.

By Rail: The Gokarna Train station is around 8 km from the town. Gokarna is widely connected by railways with the nearest stations being Kumta (35 km) and Ankola (20 km). Other stations that offer better connectivity with Gokarna include Mangalore, Hubli, Margao, and Karwar. 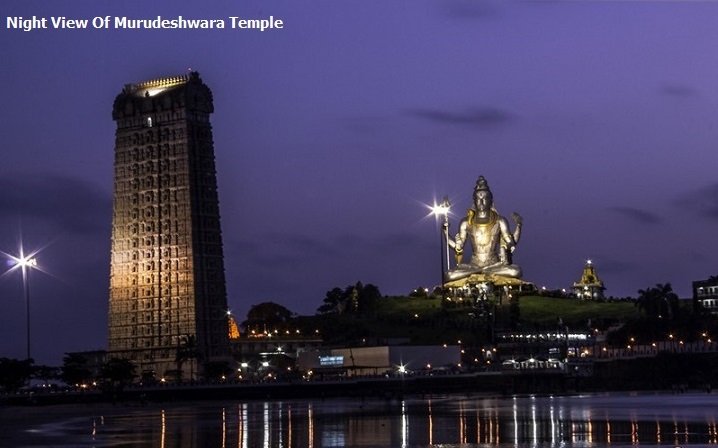