Ranthambore National Park is situated 14 kms from Sawai Madhopur district of eastern Rajasthan in India. The Park derives its name from the Ranth-ambhor Fort situated within its precincts. The Park is surrounded by the Vindhyas and Aravalis hill range. By the turn of the century the Ranthambore forests had become the private hunting reserves of the Maharaja of Jaipur and Sanctuary establishes in the year 1955 by the Indian Government & was declared as Project Tiger reserves in the year 1973.It acknowledged National Park in the year 1980 & later in the year 1991 the Ranthambore Tiger Reserve was enlarged to include Sawai Man Singh & Keladevi sanctuaries, total area was 1334 km. and  bound by the Chambal River in the south and Banas in the north. In 2006, Ranthambhore Tiger Reserve (RTR) was approximately 1394 and later on forest department has enlarged including core and buffer area thus it is approx 1410.64 sq km. Across the river Banas, lies the Keladevi sanctuary, while the Sawai Man Singh sanctuary lies to the south of the Park.

Ranthambhore is virtually an island rich in flora and fauna, extend more than an area of 392 sq. kms. of deep forest with  canals and waterfalls. The plants of the park is the tropical dry deciduous and tropical spike type. Due to its hilly path, water is limited to narrow valleys and quite a few lakes.There are some lakes in the park which is known as The Padam Talab, the Raj Bagh Talab and the Malik Talab in the area.Ranthambore National Park is probably the best place in the world to see wild tigers and also considered to be the best place in the world for photography of the tiger in its only dry deciduous natural habitat. It is a home for different kinds of animals.

The herbivorous population includes chital, sambar, blue bull and chinkara.Samabr deer is the pride of park. There is no park in Asia, where these largest of all Asiatic deer can be seen so frequently during the day time. Wild boars and langurs are common scene , Among the reptiles, crocodiles can be seen basking in the sun near the lake. Other carnivores in the park include leopard, hyena , jackal, caracals, jungle cat ,rattle and the tiger is the biggest attraction of the park. There are more than 300 varieties of birds in Ranthambore National Park.

The Ranthambore National Park remains open for visitors as per safari timings from the 1st October to the 30th June every year. The park remains closed from July to September for visitors due to rainy season. The best time to visit Ranthambore is from November to April when the weather is mild and you see the animals without any discomfort due to the weather. There are two safaris a day from October to June, one starting in the morning and the other late in the afternoon.

Generally speaking, the morning safari starts half an hour after sunrise and the evening safari finishes half an hour before sunset. As a result, the timings change slightly every 2 months or so. Each safari is for duration of three to three and half hours.  Summer temperatures in Ranthambore can cross 45 degrees C in the daytime. Nighttime winter temperatures can go down to 2 degrees C. Winter daytime temperatures are a pleasant 16-20 degrees and are ideal for touring the Ranthambore National Park.

The park is green after the monsoon and wildlife is abundant. You can also see many migratory birds that come to Ranthambore to spend the winter. If you wear adequate protective clothing, the wind chill aspect will not be a bother, even in the early morning or late evening. If the summer heat is not unbearable for you, summer can be a very fruitful time to visit Ranthambore National Park since the animals can be clearly seen in the leaf-denuded forests and along the lakes and watering holes as they are driven by thirst to the water's edge.

There are 10 different safari zones for tourists inside the Ranthambhore Tiger Reserve. You can book your safari and choose your preferred safari zone 90 days before date of visit. After 90 days required zones are subject to availability. Both Canters and Jeeps travel on same zones.Both offer the same opportunity for wildlife viewing. All zone take you to the heart of the park and such there is no bad zone. Different zones are better on different days and this can be ascertained only a day or two before. At the time of entry, each vehicle is allotted a zone and it not allowed to stray from their allotted zone. Within the zone the vehicles can go anywhere on the network of zones that exists in the zone, and you will have the opportunity of sightings of Sambhar Deer, Indian Gazelle, Blue Bull (Nilgai), Spotted Deer, Langhur Monkey, Sloth Bear and many birds. The area also boosts several Leopards. Follow the footprints and you may well be rewarded with a sighting of this beautiful animal and if you are very lucky the King of the Jungle - the Tiger may well wander by.

The history of Sawai Madhopur revolves arround the Ranthambore Fort, which is surrounded by Vindhyas and Aravallis, amidst vast and arid denuded tracts of Rajasthan. Ranthambhore name came from the two hills, Rann and Thambor which are in close proximately of each other. Fort lies on an isolated the Thambhore hill and 481 metres (1578 ft.) above sea level and Rann is adjoining the  hill of Thambhore which covers some breathtaking views and the entire top of a hill at the heart of the Park. It has become part of the UNESCO’s World heritage Site under hill forest series of Rajasthan.

The Ranthambhore fort is believed to have been built during the 8th century by the Chauhans ruler, though the exact ruler during whose reign the fort was initiated is difficult to name. Ranthambhore came into existence after Prithvi Raj Chouhan who was last Hindu king of Delhi,Prithvi Raj Chouhan's descendents came to Ranthambhore and made this place their capital, but the actual fame of Ranthambore came when most known ruler of this period Raja Hammir Dev was crowned in 1283 A.D.The fort was attacked by a number of big powers at different point of time in history.Prominent among these were Qutub-ud-din (1209), Allaudin Khilji (1301), Feroz Tughlaq (1325) and Bahadur Shah of Gujarat (1530).Finally, the fort was captured by the Mughals who earlier used it as a staying place and then later as a prison fortress.In the 19th century, the fort was given back to the Maharaja of Jaipur and it remained with them till the time India gained independence in the year 1947.

The Ranthambore Fort spreads over an area of 7 kilometers in circumference and includes an area of nearly 4 square kilometers. The fort had many buildings inside of which only a few have survived the ravages of wars and time. Among the remaining ruins, the two pavilions, Badal Mahal , Dullah Mahal, 32 Pillared Chhatri and Hammirs court give an idea of the old grandeur.The Fort also has many cenotaphs, mosques,temples, barracks, step-well and gates. All around the fort you can see many old ruins with remnant of walls are mute testimony of past.For water supply there are two rain fed reservoirs in the fort. The fort is surrounded by massive stonewalls which are strengthened by towers and bastions. The entire stone for masonry work has been mined from fort area itself and the mines were later turned into ponds for water storage.

The Ganesha Temple is major attraction of the fort, Thousands of people come here from every corner of the country,and seek blessings from the Lord for happiness and prosperity. A good day to visit the fort is Wednesday, the day of the Lord Ganesh, when a lot of local people visit the Ganesh temple.One interesting aspect is the mail that is sent to Lord Ganesha consisting mainly of wedding invitations. These letters are delivered daily by the local postman. The Fort is good place for bird watching. There are large numbers of birds, Langurs, the odd small cat and elusive Fishing cat use the area.

The Ranthambhore National Park one of India's finest wildlife destinations, is located in  Sawai Madhopur, in Rajasthan province in northwest India. The Ranthambhore is 180 kilometers from Jaipur, the capital of  Rajasthan.Ranthambore national park is well connected with all the major cities and station in india.

By Air: The closest airport is Sanganer airport in Jaipur, which is 176 kms and three and half hours drive from the Ranthambhore. Jaipur is well connected to New Delhi and Mumbai with daily flights operated by Jet Airways, Sahara Airlines and Indian Airlines. The flying time from Jaipur to Delhi is thirty minutes and from Mumbai to Jaipur is one hour and thirty minutes.

By Train: Sawai Madhopur (10 km) is on the main rail line between Delhi and Mumbai and is also well connected to Jaipur. There are regular super fast trains like Jan Shatabdi, Rajdhani between these destinations. The travel time from Sawai Madhopur to Jaipur is approximately two hours and thirty minutes, to Delhi is 6 hours and to Mumbai is around fifteen hours. Distances by Train Delhi - 362 km, Agra - 227 km, Bombay 1027 km, Kota - 108 km, Jaipur - 132 km 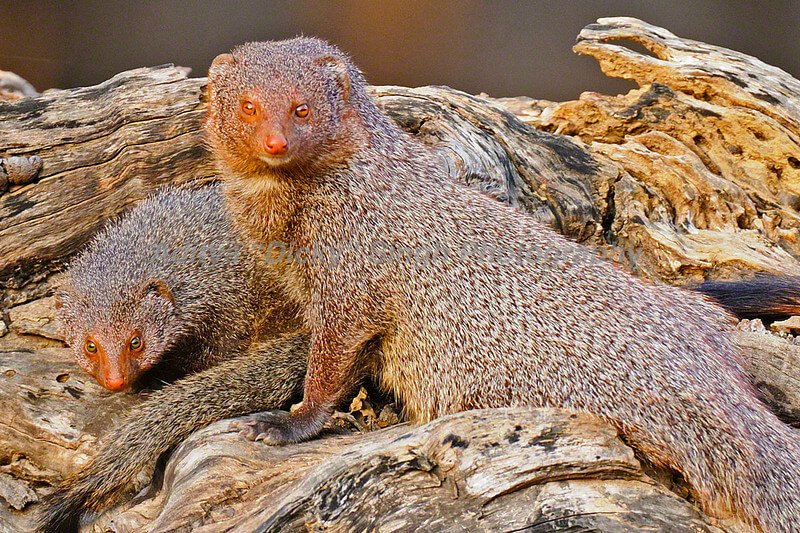 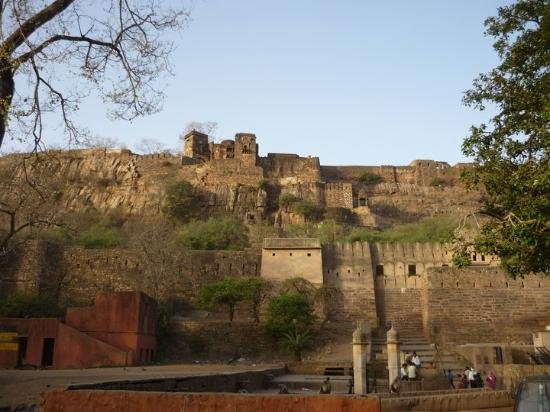 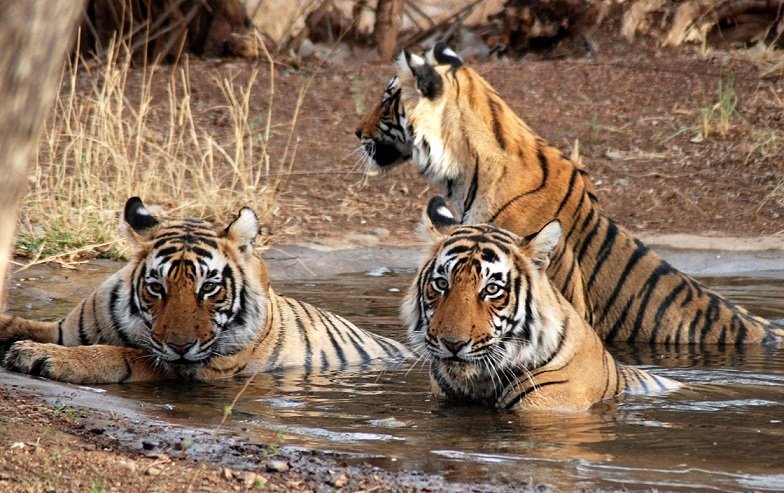 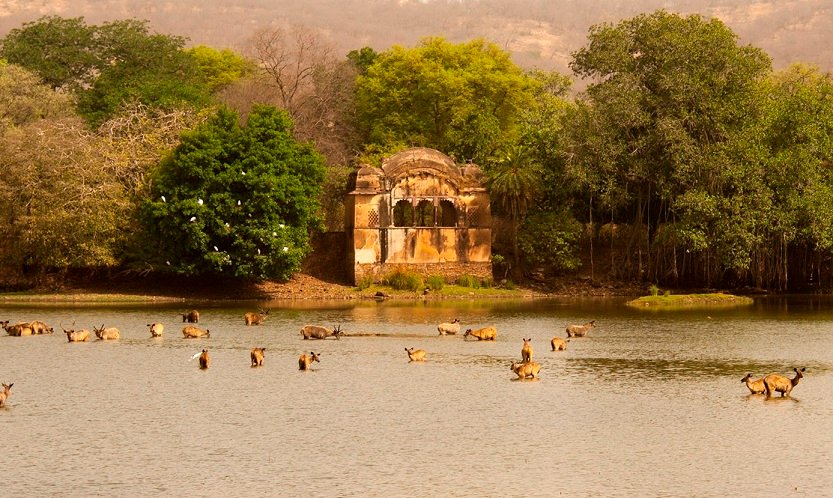