Cappadocia, which means “land of beautiful horses” in Persian language, has been the hub of many civilizations and a gigantic shelter and center for Christians who fled from the Roman Empire during the Hittite period and hid in the houses and churches carved inside of rocks.

Cappadocia nature’s wonderful formations, a central Anatolian and world heritage with a history dating back to 3000 B.C is a semi-arid region in central Turkey, is full of otherworldly natural sites, most notably the “fairy chimneys,” tall, cone-shaped rock formations clustered in Monks Valley and elsewhere. Popular for exploration are Bronze Age homes carved into valley walls by troglodytes (cave dwellers) and later used as refuges by early Christians. The 100m-deep Ihlara Canyon houses numerous rock-face churches. This is a awesome geography where history and nature intertwines has been host to many civilizations throughout the centuries.  The unique volcanic landscape of the region took shape as a result of the erosion of the volcanic layers which spread through the area with the eruption of Erciyes, Hasandag and Güllüdag mountains about 60 million years ago.

A district of NevÅŸehir and one of the key points of the Silk Road, Cappadocia is inscribed in the UNESCO World Heritage list.

The Goreme Open Air Museum, has a large collection of relics and structures of the Christian culture that presided in Cappadocia over a long time. Especially the churches carved into the rocks are monumental structures and forerunners of natural architecture. More than 250 churches, such as the Tokali Kilise (Church of the Buckle), Rahibeler ManastÄ±rÄ± (Monastery of Nuns), Yilanli Kilise (the Snake Church) and the Chapel of St. Barbara wait for their visitors.

Ortahisar Castle carved into the rocks at an altitude of 1200 meters during Hittite period was built to protect the city but also used as a settlement. It is possible to take amazing pictures of Cappadocia from this height.

Çatalhöyük is another historical site worth seeing. It is close to Cappadocia and one of the first pro-city settlements of the world. The mound with the world's oldest landscape painting sheds light to the Neolithic period when the transition to settled life occurred.

Populated with, underground cities and caves the region harbors a great variety of artifacts and ruins that provide invaluable information on all historical epochs dating from the prehistoric periods.  Mounds such as Alacahöyük and Karahöyük as well as seven-layered underground cities such as Derinkuyu, KaymaklÄ±, MazÄ± and Civelek Cave are among the witnesses of history located in this region.

Additionally, Cappadocia has many relics belonging to Seljukian and Ottoman cultures. The tomb of Haci Bektas Veli, BalÄ±m Evi, Cuma Mosque are among the structures worth visiting.

Ballon Flights one of the most popular and enjoyable aspects of Cappadocia are the spectacular ballon flights unfertaken in the area. The balloon cruises start early in the morning and offer awesome views of the landscape populated with fairy chimneys. You will experience unforgettable moments observing the ever-changing colors of the sunrise illuminating the historical beauties of the region.

Cappadocia has a variety of specialities identified with the Nevsehir cuisine. Especially Testi KebabÄ±, a unique local dish will leave an unforgettably delicious taste in your mouth with its juicy soft meat cooked in special, covered crocks. Once the meal is cooked, the crock is cracked to get the meal out. Apart from that the region is also known for its large vineyards and tasty wines. 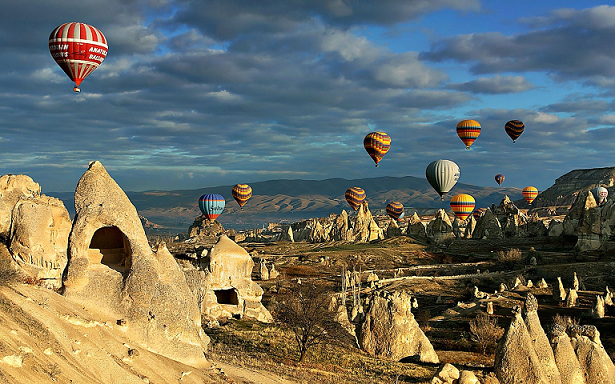 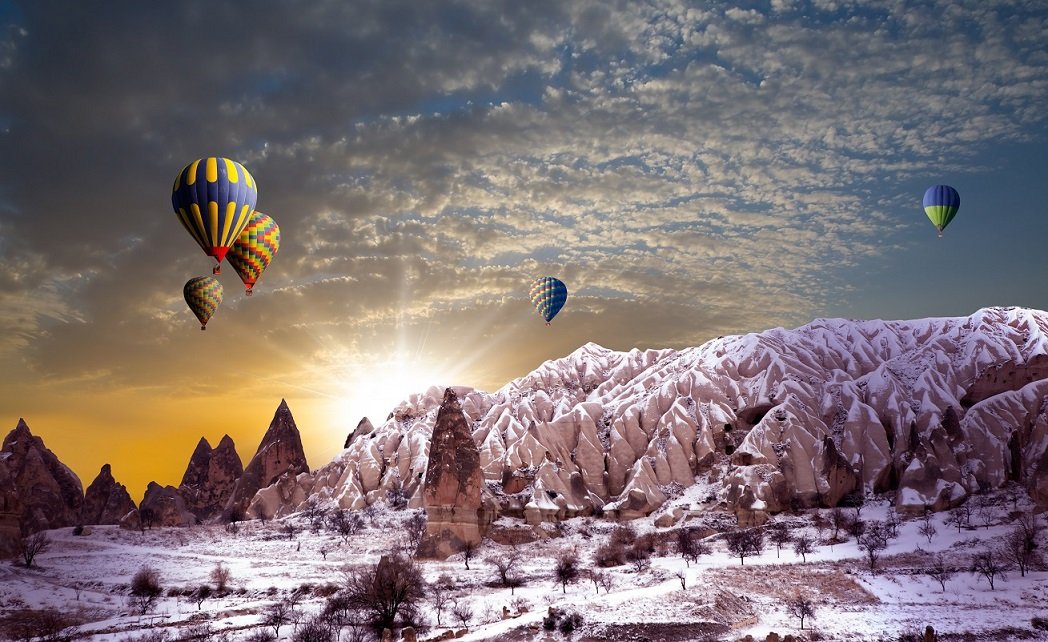 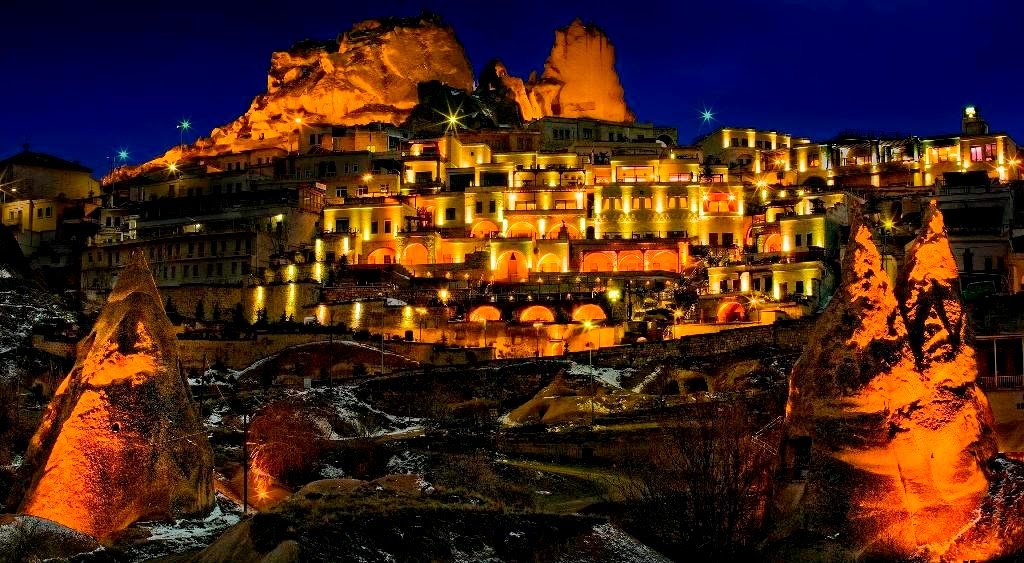 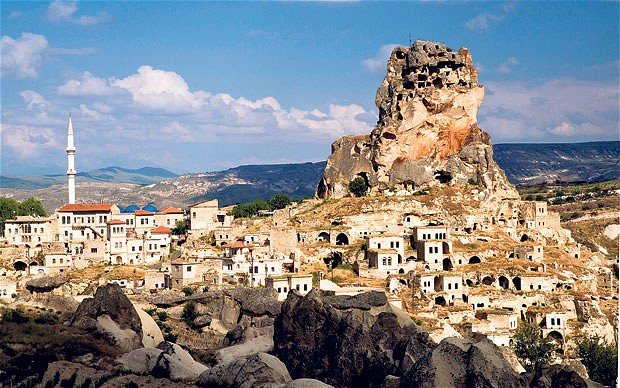