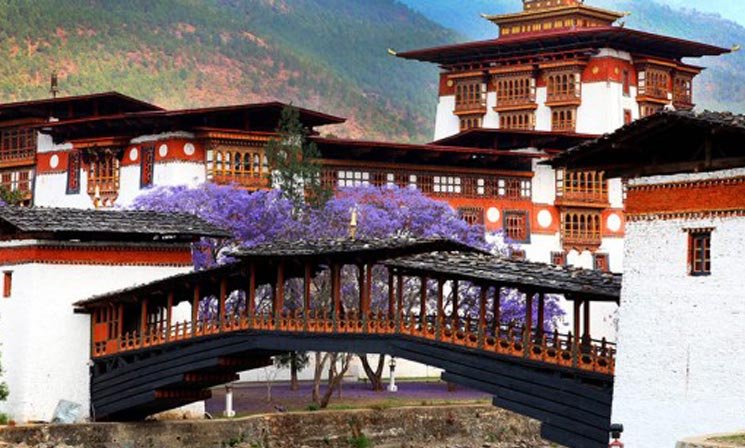 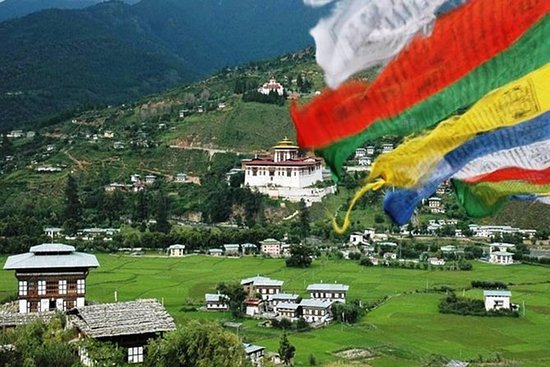 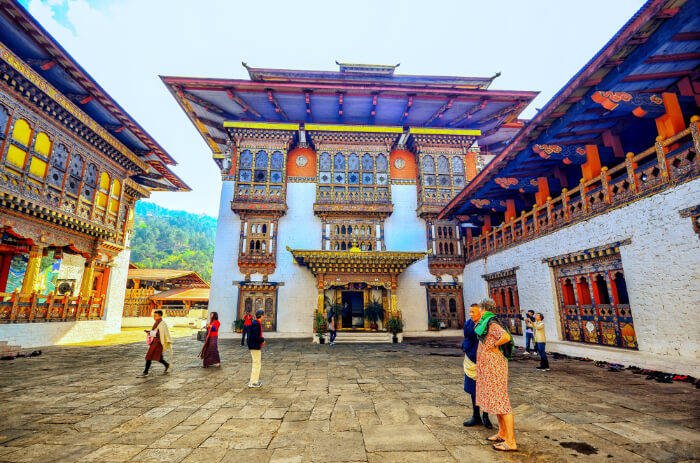 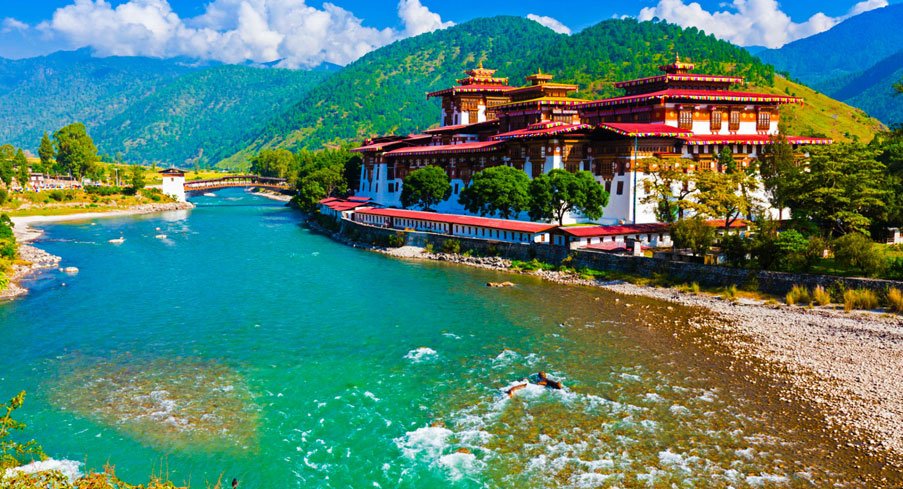 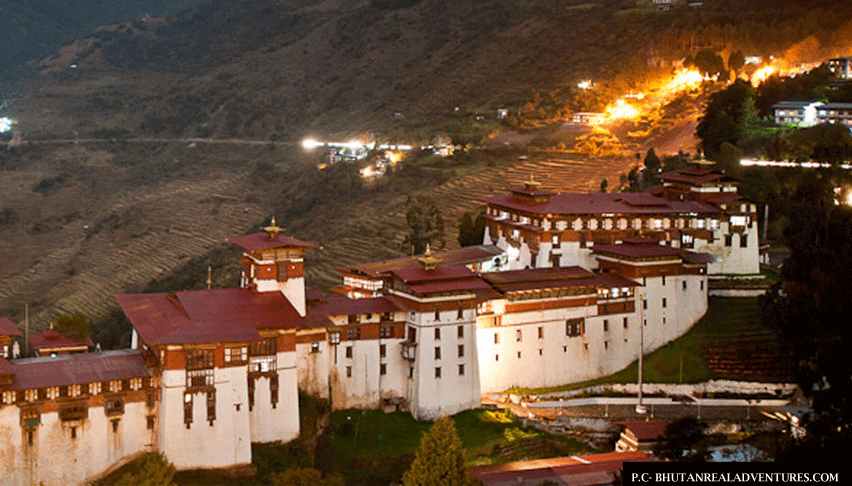 Day 02: Drive to Thimphu
After breakfast proceeds for Thimphu which is 5hours drive. On a short drive visit Kharbandi Gompa to get a breathtaking view of Phuentsholing also the Indian plains. Being the nature loving and friendly with the Guest we stop our journey on the way time to time to see & feel the Bhutan Himalayan scenery. We will take a lunch break and again start our journey on the way we will reach the highest point of about 2800m/9,185ft. Before reaching Thimphu again we will stop to visit Simtokha Dzong. On arrival at Thimphu check in at hotel & you will be taken care by our hotel’s premium hospitality. Overnight stay in Thimphu.

After breakfast we will start our day with the visit to:

After early breakfast, drive up to Dochula pass (3,088m/ 10,130 ft) stopping briefly here to take in the view and admire the Chorten, Mani wall, and prayer flags which decorate the highest point on the road. If skies are clear, the following peaks can be seen from this pass (left to right): Masagang (7,158m), Tshendagang (6,960m), Terigang (7,060m), Jejegangphugang (7,158 m ), Kangphugang (7,170 m ), Zongphugang (7, 060 m ), a table mountain that dominates the isolated region of Lunana - finally Gangkar Puensum, the highest peak in Bhutan at 7,497m. After that we will visit to Chimi Lhakhang which is a short hike. Chimi Lakhang Temples lies in the fertile Lobesa villge of Punakha Valley. The temple is dedicated to the divine madman-Saint Drukpa Kuenley and the temple is also known as the Temple of Fertility. Check in hotel.

After having scrumptious breakfast we will visit to Punakha Dzong. It is situated near two rivers-- the Pho Chu (Male River) and Mo Chu (Female River.) Asia has a rich tradition of river personification. Punakha Dzong is one of the largest Dzongs in Bhutan. Take the suspension bridge to arrive at the Dzong. Punakha Dzong was initially called Druk Pungthang or Dechen Phodrang (Palace of Great Happiness), for many years until the second king of Bhutan assumed power. Then drive to Paro which is about 4 hours drive from Punakha.

After your lunch we would like to proceed for sightseeing at:

Taktshang Monastery (Tiger Nest) is located at top of about 800 meter cliff in Paro. It takes slightly more than an hour and a half to reach the monastery on foot from the nearest road point. Taktshang or the Tigers lair as the monastery is widely regarded is one of the most important in Bhutan. Its history is associated with the visit of Guru Padmasambhava, the Indian saint who came to Bhutan in the 8th century AD. The cave was named Taktshang after Guru Rinpoche flew into the cave from Kurtoe Singye Dzong in eastern Bhutan riding on a tigress. Later in 1692 the fourth Druk Desi Tenzin Rabgye started to construct monastery and finally completed after three years in 1694.

“Trip to Bhutan is never complete without climbing to Taktshang”, says one tourist. Indeed it’s true as the journey there fills you with spiritual bliss.

On the way back we will visit, Drukgyal Dzong was one of the four principal Dra Dzongs (defense fortress). Accounts differ on the founder of Drukgyal Dzong. It is said to have been caused by the fire when a butter lamp fell in the central tower. Only the ruins of giant walls, charred gigantic wooden posts, beams and watch towers can be seen of what was once an important fortress that repelled several invasions from the north.

Like all good things, your Bhutan western cultural tours will come to an end. We will be happy to see you back. Do visit us because Bhutan has more to offer to you. Our representative will help you with your exit formalities and the bid you farewell.

Anything not mentioned in Itinery and inclusions.

Any expense in personal nature.