4Nights / 5Days Srilanka Package applicable for minimum 2 paying pax with fixed departures from Sept. to Dec. Child below 4 years complementary and above 4 years up to 12 years are half paid with or without bed. 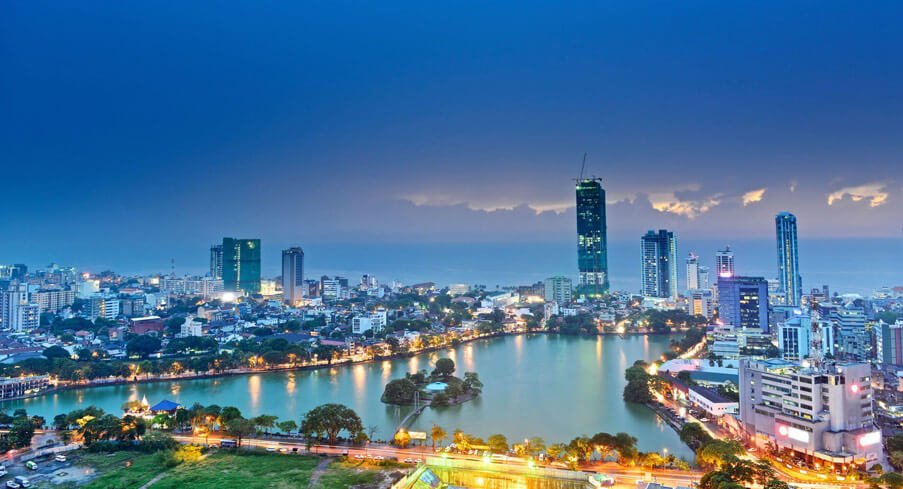 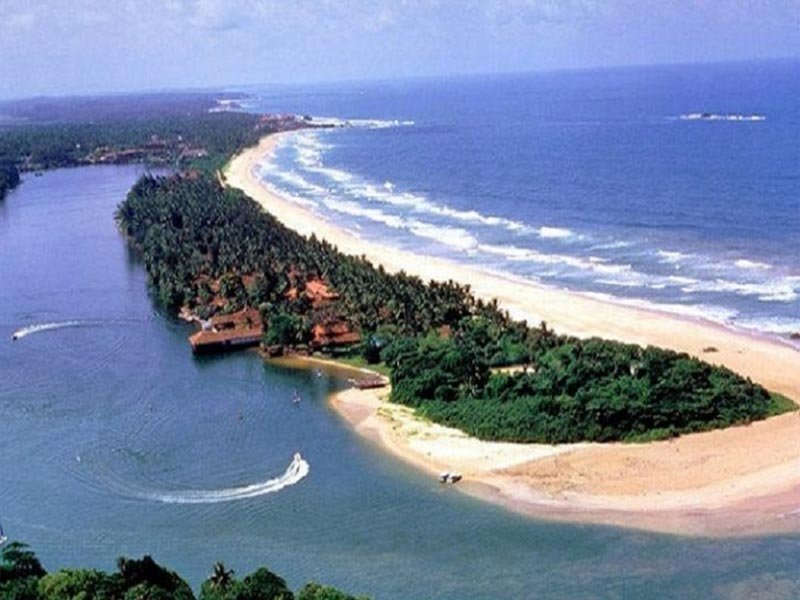 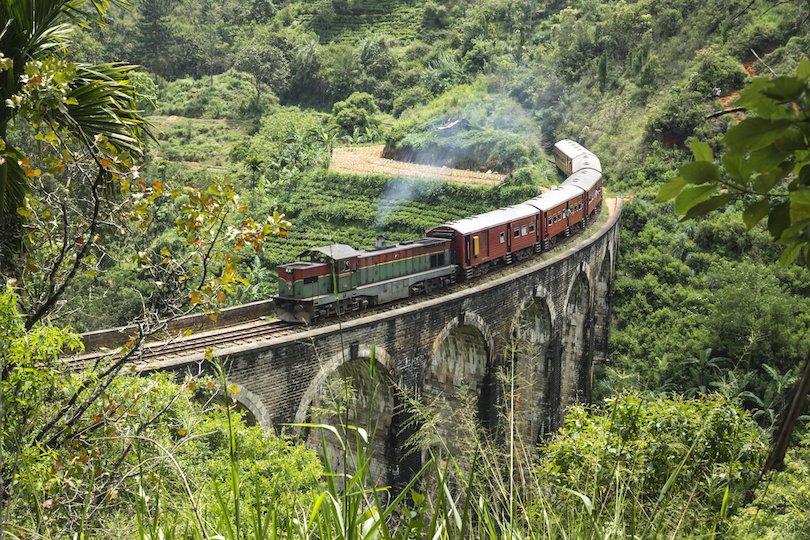 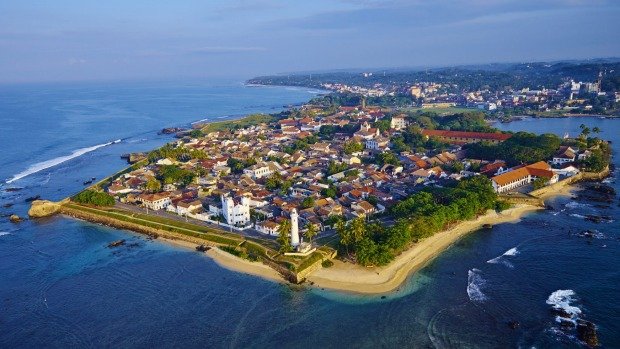 Arrive by () at Colombo International Airport. Please clear immigration & visa formalities, collect your baggage and proceed to the arrival lounge through the green channel if you do not have goods to be declared to customs. Our Representative will page you by your name. Thereafter you will be assisted to the Car park / Coach Park to begin you journey as per the booked itinerary with the English Speaking Chauffer.

Breakfast at a local restaurant- Afterwards leave to Pinnawela

PINNAWELA ELEPHANT ORPHANAGE- App. 55 miles from Colombo, off the Colombo - Kandy road is Pinnawela, where an orphanage was started in 1975 to house the abandoned and the wounded elephants. The number of elephants has increased to more than 65 now; including Baby Elephants brought from various parts, as well as some of the more then 25 babies born, as a result of the captive breeding programme. The best time to visit is the feeding time from 0930-1000 hrs and 1330-1400 hrs and the bathing time from 1000-1030 hrs and 1400-1430 hrs when all the elephants are taken to the river close by.

Lunch at a local restaurant -  Afterwards Leave to Kandy,

Temple of the Sacred Tooth Relic - ever since 4th Century A.D, when the Buddha's Tooth was brought to Sri Lanka hidden from sacrilegious hands in an Orissan princess' hair, the Relic has grown in repute and holiness in Sri Lanka and throughout the Buddhist world. It is considered Sri Lanka's most prized possession.

Kandy - the hill capital, venue of the annual Perahera. The last stronghold of the Sinhala Kings was finally ceded to the British in 1815. Kandy is an example of the Buddhism's influence in Sri Lanka today. Temple's shrines and monasteries keeping alive Buddhist traditions are everywhere.   Dinner & Overnight stay at Hotel in Kandy.

After breakfast, Afterward proceed to Ramboda  and Visit Hanuman Temple.

Sri Baktha Hanuman Temple, According to the ancient stories, Ramboda is a area, where the forces of Rama's gather to fight against King Ravana. This temple was built by the Chinmaya mission of Sri Lanka and dedicated to Hanuman. This temple houses for 16 feel height statue of Hanuman.

Nuwara Eliya - The ‘Little England’ of Sri Lanka, is set against beautiful backdrops of Mountains, Valleys, Waterfalls and Tea Plantations.  It is supposed to be one of the coldest places on the island, but is really just like an England spring day although the temperature does drop at night. All around Nuwara Eliya you will see evidence of the British influence.  Houses are like country cottages or Queen Ann style mansions.

The kidnapping of Sita by Ravana (was King of Lanka) - meant that Ravana had to hide Sita in several locations. The Seetha Amman temple was named after the wife, Sitadevi, of Lord Rama. The structure was built on one of the exact sites where the demon king Ravana held Sita as his captive, in the Ashoka Forests of the region. It is believed that the Lordess used the stream by the temple and meditated by the rocks along the stream. In the evening Back to Kandy Dinner & overnight stay at Hotel in Kandy.

Kosgoda is famous for its sea turtle conservation project operated by the Wild Life Protection Society of Sri Lanka. It was established in 1988 to protect Sri Lanka’s turtles from extinction. Since then it has released about 3.5 million baby turtles into the wild.

The hatchery pays fishermen for eggs that they collect at night along the long sandy beach. Although October to April is the main laying season, some eggs (mostly green turtles) can be found at Kosgoda throughout the year.

The hatchery buries the eggs in sand, and when they hatch around 50 days later the baby turtles are released into the sea at night. Only about one in 1,000 turtles survives to maturity.

Kosgoda turtle hatchery also has tanks for injured or disabled turtles, including albino turtles that would not survive in the wild.

Lunch at a local restaurant

Proceed to Madu Ganga for a Boat Ride

The estuary of the Madu Ganga River is a complex coastal ecosystem of mangroves and islands. It may be one of the last remaining tracts of pristine mangrove forests in Sri Lanka.

A boat trip is a wonderful way of seeing some of the hundreds of species of plants and animals – monkeys eat fruit in the trees, a water monitor lizard glides slowly through the water, and cormorants, egrets and kingfishers wait patiently on the banks, eyeing the water for prey.

There are around 64 islands in the river and lagoon, from a tiny speck housing a deserted shrine to one housing 250 families connected to the mainland with a very long footbridge.

You can visit an island with a Buddhist monastery, where the friendly young monks will show you a 150-year-old book made of palm leaves and how they cook on cinnamon wood on an open fire.

The main occupations of the local inhabitants are producing cinnamon and prawn fishing – if you take the trip in the evening you will see the fishermen in their canoes lighting lanterns to attract the shellfish into their traps.

After breakfast proceed to Colombo, City tour in Colombo + Shopping

Colombo - a drive through the city taking you to the busy commercial areas as well as the tree-lined residential, Cinnamon Gardens.

Visit Fort, the former British administrative center and military garrison, Sea Street - the Goldsmith’s quarters in the heart of Pettah, the Bazaar area, where is also a Hindu Temple with elaborate stone carvings, and the Dutch Church of Wolfendhal dating back to 1749.

Also visit the BMICH, see the replica of Avukana Buddha and Independence Square.

Lunch at a local restaurant

After breakfast leave to airport for departure.

First preference will be given to mentioned hotels for reservation. In case of non-availability of these hotels we shall advise the amended rates for the hotels

Universal standard check in timings 1400 hours and check out 1200 hours . early check in and late checkout is subject availability

Cancellations must be intimated to us in writing

Once the services are confirmation Cancellation fee will be levied

No refund will be provided for unutilized services provided in the package.